What email address(es) did the scammer use?: Edimakarov13@gmail.com
What phone number(s) did the scammer use?: +1 620-288-6056
Briefly explain what happened during the scam. : Met on Happn dating app, which said we crossed paths in Portland, Oregon. He would never meet or call. We only talked via text and Google hangouts. He ramped up the love talk pretty slowly, compared to other scammers I've dealt with. We talked for a little over four months. I questioned his intentions several times, but he recovered very well and I believed him.

A few days ago he told me his project in Kansas is finishing up and he'll be coming to Portland to start a life here, hopefully with me, he said.

I googled his name a few times but honestly didn't look that hard, until I googled his email address and it came up as part of a romance scam. I thought his photos had been stolen at first, so asked him if he knew. He then quickly turned the conversation to money, and how he needed me to receive his paycheck. When I said no, he became angry.
Did you send any money to the scammer? If so, how much?: No

Claims to be from Estonia, age 46, widowed with one young son. Met on the dating app Happn, "crossed paths" according to the app, in Portland, OR. He said his son lives in New Haven, CT with an Estonian cousin because he wanted him to have a family life and was fearful to raise a child alone. He rarely spoke of his son, Brian, or family, revealed little about himself. Said he's a structural engineer, studied in Hamburg, Germany. Said he's homesick and wanted to go back to Estonia, but didn't want to go alone.

I requested many phone calls and video calls but he always had an excuse and glossed over it with sweet words.

Shortly after we matched on Happn, he was called to a bridge construction project in Topeka, Kansas, and "left" Portland. He then fell ill and said he was hospitalized but tests revealed nothing. He began having mysterious headaches and fatigue. It was determined he needed rest, nature and the "right relationship."

I questioned his motives, directly asked if he was a scammer. Then he immediately lost his phone and moved our conversation to Google hangouts.

He described himself as "old school," "an amiable gentleman.".

He was smart, fairly strong English, perceptive, complimentary, slow to begin heavy romantic talk. He said my name so much it seemed unnatural. He used Lol and

a lot. He was very funny and engaging at times, other times he seemed distracted and not very present in the conversation.

When I questioned his motives he would guilt trip me for not trusting him. He was very skillful with this.

After I googled his email and found the romance scam posting, I asked him if he knew his photos had been stolen. I didn't know, and I couldn't let go right then. His response was nonchalant and I asked him why he wasn't more angry. He said he'd "get to bottom of it." Then brought up that he was about to be paid for the bridge project and needed my help.

He asked if I would receive his paycheck because he didn't want his family to know how much it was and other sketchy reasons.

I then blocked him the next morning. It ended very quickly. Not long after, he deleted the conversation. 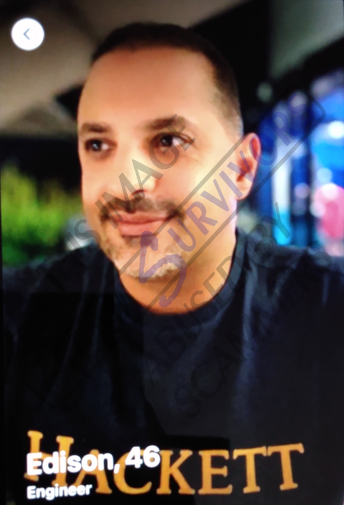 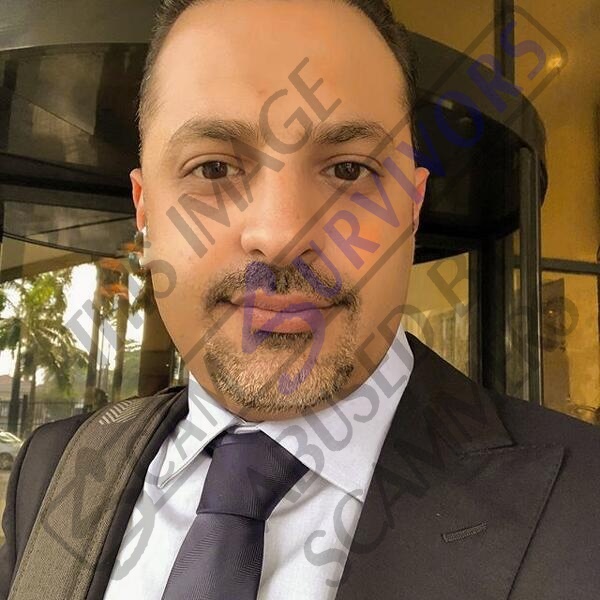 Gallery: https://scamsurvivors.com/piwigo/index. ... egory/3120
"Look for the lies."
Being Blackmailed? Go here and do this first: https://blackmailscams.com/
The information you supply can help others from becoming Victims.

Help us in the fight against scams and scammers by sharing any details you have of fake websites, 419, sextortion,
money transfer, escrow, fake job, cryptocurrency, non delivery, trunk box, identity theft or romance scams now.